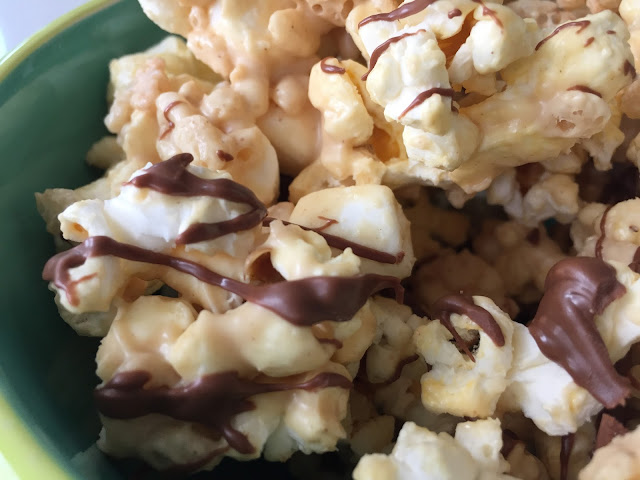 last night i played host to a kids sleepover.
to say that my own littles L & R were excited would have been the understatement of the century.
they had everything planned out, requested a menu days in advance, and were eagerly counting down the hours until the festivities began.
they insisted on a make your own pizza building dinner {with the objection being to pile as many toppings and cheese as humanly possible} followed by a movie & popcorn watching date, and a pancake & bacon breakfast the following morning. 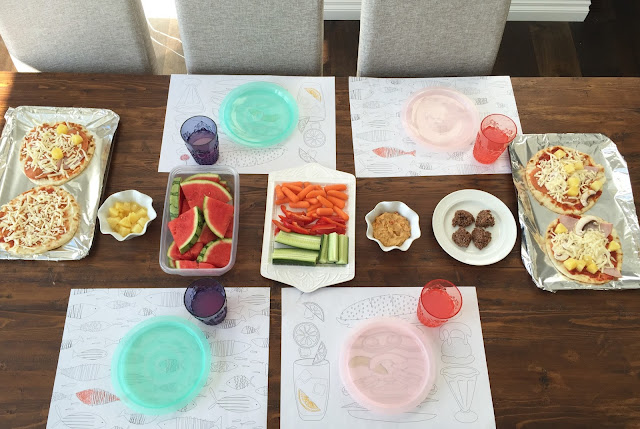 fact:  when hosting your first kids sleepover you need to up your normal popcorn game in order to make a good impression with everyone 8 and under.
and because my popcorn game is strong, i opted for 'avalanche popcorn'
melted white chocolate and peanut butter, plus marshmallows and rice krispies, and a final drizzle of more melted milk chocolate.
i think i may have made some new friends and impressed myself at the same time.
#tgif 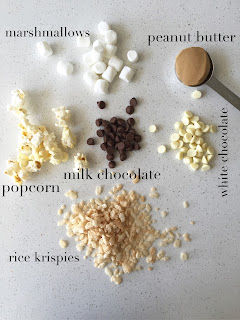 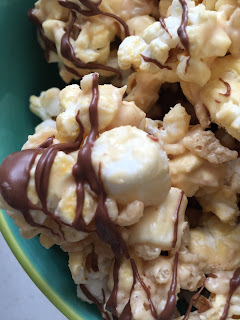 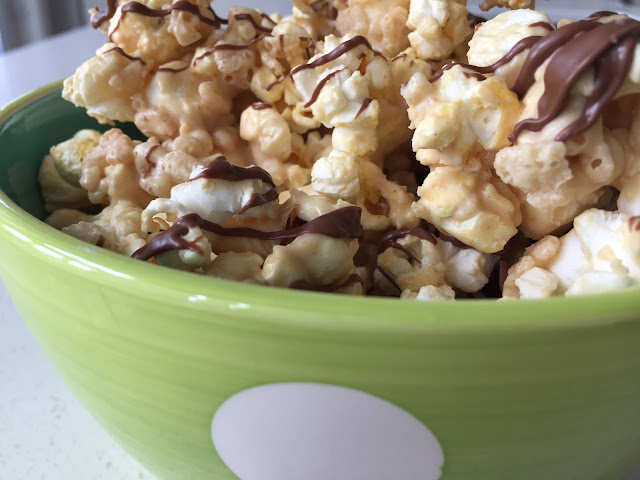 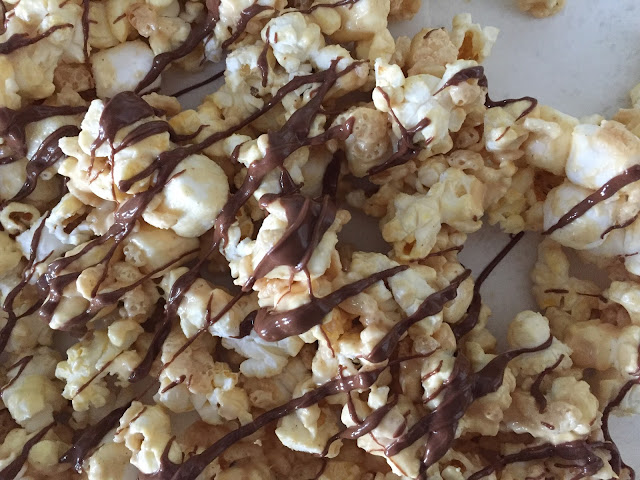 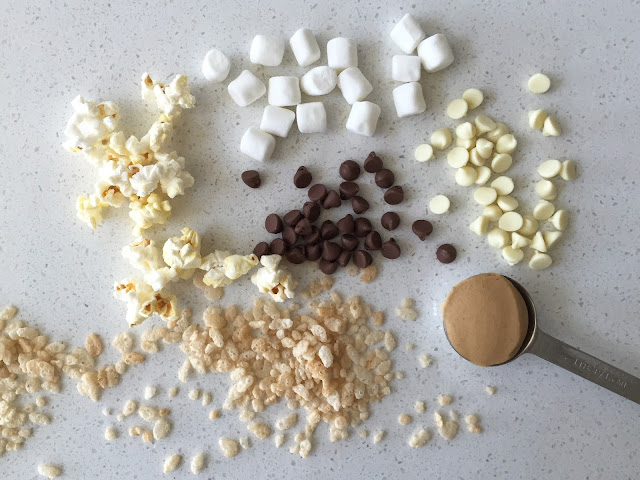 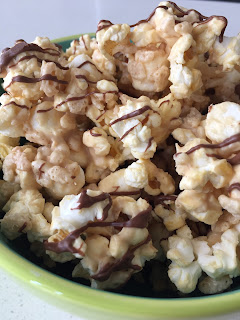 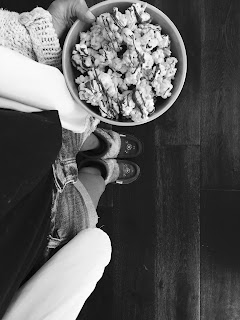 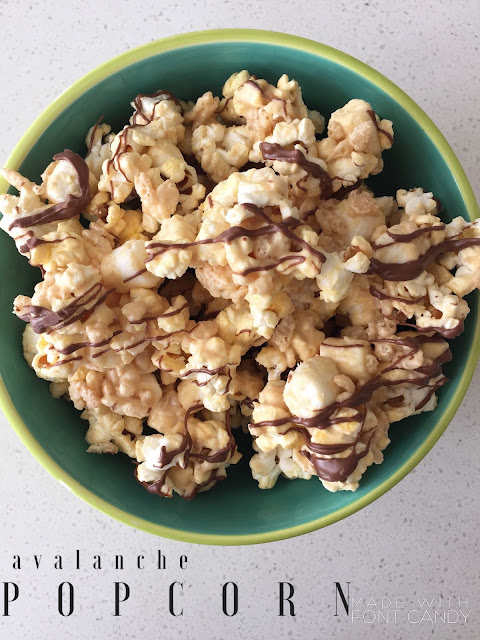 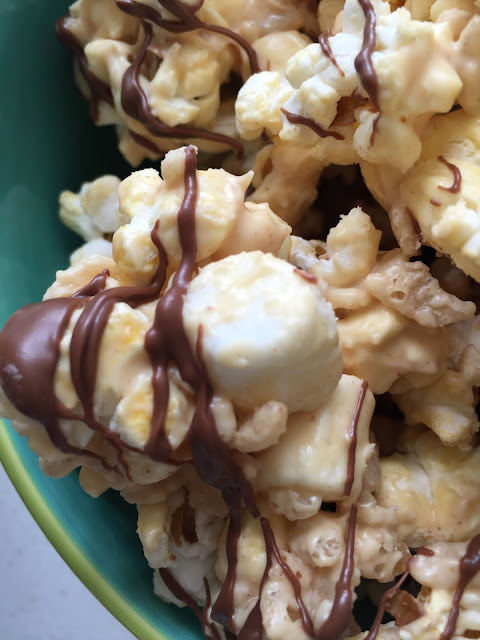 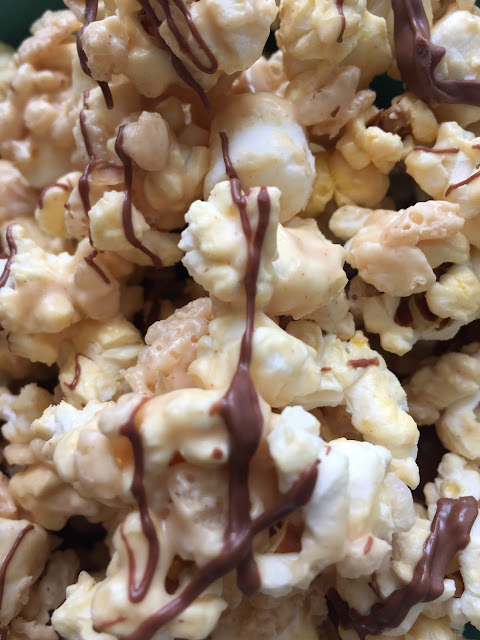 method:
place popped popcorn in large bowl, making sure to remove any unpopped kernels.
in small microwaveable dish, place white chocolate chips and peanut butter.  melt in microwave in 30 second increments, stirring in between until melted.
pour overtop of popcorn, add in marshmallows and rice krispies and toss till combined.  turn out onto parchment paper in even layer.
meanwhile melt milk chocolate in microwavable dish in 30 second increments, stirring in between until melted.  drizzle overtop popcorn and allow chocolate to harden before breaking into pieces.
enjoy.xo.
Email Post
Labels: snacks sweets